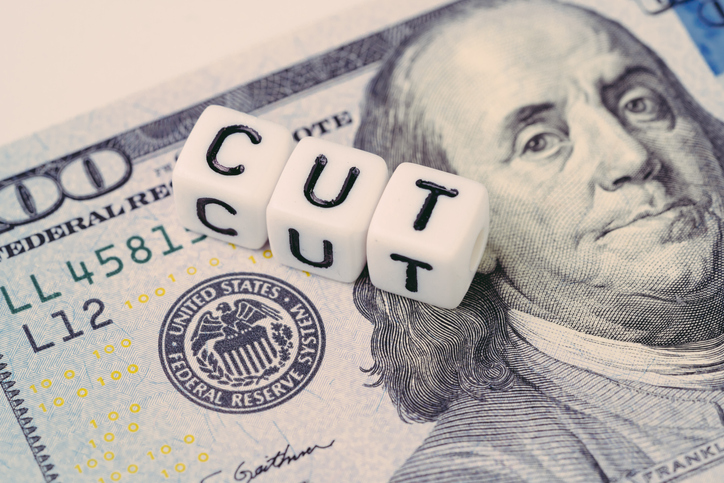 The pace of Protocol negotiations is accelerating. Yesterday and earlier today, the BBC gave rare importance to this incomprehensible nationally (if you are not NI / Irish) topic. After today’s meeting the straws in the wind were a little more favorable but without Lord Frost clearly changing his position.

Technical discussions ahead of Friday’s meeting focused on securing the supply of drugs from Britain to Northern Ireland.

Mr Å efÄoviÄ said there had been progress in this area, adding: â€œWe must now continue and advance this crucial issue.

“It is a real test of political goodwill.”

He said that on the customs issue, there had been “a first useful engagement at a technical level”.

Lord Frost said that with the drugs any solution had to ensure that the products were available at the same time and on the same basis across the UK.

He added that there had not been “substantial progress on fundamental customs and SPS (agri-food) issues relating to goods transferred from Britain to Northern Ireland”.

Yesterday the EU / Irish side seemed more optimistic. At a meeting of the British Irish Council, the Taoiseach MicheÃ¡l Martin said that “the background music has changed”, and urged the UK to believe the EU’s desire for a deal was real. And he hoped Boris Johnson would not “let the perfect be the enemy of the good.”

Without wishing to remind you of all the anguish of last year’s Christmas Eve trade deal, he also pleaded with the Prime Minister not to delay things until Christmas.

Speaking in his capacity as Intergovernmental Minister at the British and Irish Council Summit in Cardiff, Michael Gove added: “Lord Frost pointed out that while, of course, there is always a possibility that Article 16 should be invoked, we are confident that we can move forward without it.

Meanwhile, a piece of “the best of both worlds â€news from the FT.

A total of 170 jobs are to be created in Northern Ireland by one of the world’s largest packaging companies, with the latest company seeking to exploit the region’s ‘best of both worlds’ trading status after Brexit. Ardagh Metal Packaging on Friday announced plans to build a $ 200 million can factory near Belfast, from which the drinks will be exported to the UK and European markets. The investment is one of the biggest entirely new projects in the region since Brexit went into effect and will be seen as a vote of confidence in the controversial Northern Ireland protocol.

in the negotiations, the devil is now immersed in details rather than local politics, no more for the moment than on drugs. Consider the compelling evidence from the pharmaceutical industry‘s assessment of the protocol’s impact on service to Northern Ireland. Not exactly new but acquires additional importance as taken up by the Lords subcommittee on protocol headed by a former permanent head of the Foreign Office in a letter to David Frost yesterday. For the British government, the Lords are a nest of Remoaners, none more than anyone in the tradition of the Foreign Office, like its former leader, Michael Jay. Jay’s predecessor, David Kerr, later as a senior Commission official, drafted the famous Article 50 of the Lisbon Treaty which set the difficult conditions for withdrawal from the EU, upon which Theresa May came such a reframed and created the conditions for the hard Brexit in which we are all working.

Jay’s subcommittee accepted the industry analysis, including the claim that NI pharmacists can’t just switch to sourcing from Dublin. I guess the UK government would just challenge the EU to do its best rather than agree to such supply restrictions. Hopefully the EU will make an extra effort when the two sides meet again next week.

Excerpts from letter to Lord Frost from Lord Jay of Ewelme, Chairman of the Ireland / Northern Ireland Protocol Subcommittee

Michelle Riddalls (representative of the pharmaceutical industry) drew attention to the requirements of EU law for importing medicines into the EU. These require that a drug be retested in a certified laboratory when it enters the EU, and that a qualified person listed on a manufacturer’s import license verifies that this has been done and releases again the product. These tests repeat the processes in the manufacturer’s country and require a valid import license from the manufacturer. As a result of Brexit 2, and under the terms of the protocol (if the standstill period ends without an agreement on a permanent solution), these processes would be required for the movement of all drugs between Britain and Ireland from North. She said this â€œbasically means we can’t distribute in Northern Ireland like we used to.

Martin Sawer said that the application of the European Falsified Medicines Directive, in particular, was “very expensive for manufacturers but also impossible for us to administer”. He said 80% of drugs distributed by HDA members and destined for Northern Ireland are stored in Britain and shipped daily based on orders from hospitals and pharmacies. He added that the cost of HMRC declarations for HDA members moving drugs to Northern Ireland was Â£ 5million in the first half of 2021. 8. Paul Williams said the practical impact of the protocol if the standstill period ends without a deal would require manufacturers to complete separate marketing authorizations for Britain and Northern Ireland. A license for a prescription drug with three strengths, 20, 40 and 100 milligrams, would amount to Â£ 30,000 for the first year, and between Â£ 7,500 and Â£ 27,000 for subsequent years. He gave the example of a drug to treat depression and migraines, of which 120,000 packs were sold in Northern Ireland in 2020, with a total gross margin of Â£ 4,700: â€œRight off the bat, you imagine that this drug is no longer viable in Northern Ireland. /

What is your response to our witnesses’ description of the practical difficulties in providing medicines to Northern Ireland under the Protocol? Do you share their analysis? Were these problems anticipated by the UK or the EU when the protocol was adopted? Have each of the practical issues described by our witnesses been raised in the context of the current dialogue with the EU?

The extent and risk of product withdrawal 10. Michelle Riddalls stated that a survey of PAGB members in February found that they predicted that between 75% and 98% of over-the-counter drugs could be discontinued at the end of the grace period. Following the announcement of the standstill period and as companies had adjusted their processes, they now estimated that 52% of products could be stopped. Medications for pain relief, cold and flu remedies, smoking cessation, indigestion and heartburn relief, dandruff / nits / lice, eye care, oral care dental, hay fever / allergies and antiseptics were likely to be affected. The practical impact of this was that consumers might not be able to purchase products to take care of themselves and treat minor illnesses at home, but instead would visit general practitioners or A&E. Even if entire categories of drugs would not be phased out and companies would seek to ensure that at least one pack size of major brands would still be available, the choice would likely be. limited: “maybe only one size left, you can only get it in some stores”. 11. Martin Sawer said that before the standstill period was announced in September, there was an official notification that nearly 1,000 drug lines would have been discontinued as of January 2022. Paul Williams said that ‘An assessment of the viability of Teva UK’s portfolio of 610 products found that after excluding proprietary products with little or no alternative, and those for which there would be safety concerns around the switch (e.g. , medicines for epilepsy), there were over 250 drugs left for which “it just doesn’t make economic sense to supply the North IIreland â€. Before the standstill period was announced, he had written “probably the most difficult letter I have ever had to write in 15 years in the pharmaceutical industry” to the Secretary of State for Health “telling him that these drugs could be at risk.

. Our witnesses explained that the different models of drug delivery in Ireland and Northern Ireland have limited the development of cross-border supply chains on the island of Ireland. Paul Williams said that â€œthe status quo has evolved over many years, has worked extraordinarily well, and has provided patients with virtually transparent access to drugs â€. On the other hand, the possibility of supplying products to Northern Ireland from Ireland was limited. Teva supplies 600 products in Northern Ireland and 300 in Ireland, but “for licensing reasons and even usually doctors in Ireland the license overlap between the two is less than 100”. All of our witnesses agreed that given the distinct nature of the pharmaceutical industry in Northern Ireland and Ireland, the risk of leakage to the EU single market was very low. Indeed, Mr Williams told us that the unique identifiers required under the Falsified Medicines Directive mean that ‘if a pharmacist in Dublin tries to dispense a product with a UK marker, the Dublin pharmacist system should say: â€œNo, this is UK packaging. You cannot dispense it ‘. As a result, the volume of cross-border trade â€œis almost zeroâ€.

We would be grateful if you would receive a response to this letter before December 6, 2021.